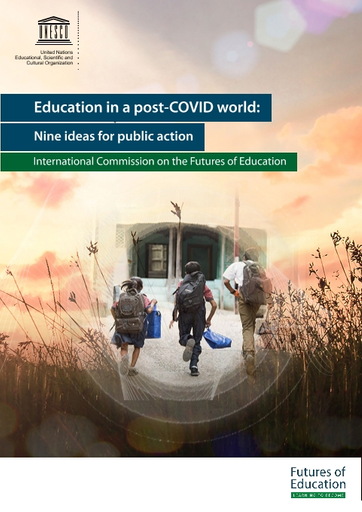 Attempting to study causes of lack of solidarity with the poor can provide insight into the challenges faced by marginalized groups. It can also help develop social and structural change. Solidarity is a Christian virtue and a moral virtue, and both require practice. When practiced, solidarity helps to create conditions conducive to the development of positive developmental trajectories. It involves active participation in the common good by all.

Solidarity is an important Christian virtue that develops in three stages. The first step involves awareness of interdependence and moral obligations. The second step involves a willingness to take the risk of solidarity. This is what Pope John Paul II called the “virtue of solidarity”. The third step involves moral commitment. The fourth step is the development of the ability to participate in the universal common good.

Developing a strong network of solidarity is not only essential for overcoming homelessness, but also for improving the general wellbeing of people. It has also been found that solidarity attitudes develop in response to actions performed by friends and family. This can be seen in the examples of solidarity demonstrations that were organized by a local community of volunteers. This type of action also develops positive attitudes and enthusiasm for life.

Solidarity is a complex idea that requires a different mindset to be sustained. The idea is associated with theological anthropology and theology, and it re-emerges in contemporary philosophy and social science. The Second Vatican Council uses it in three distinct ways. It emphasizes the dignity of the human person and encourages the active participation of all in the common good.

The practice of solidarity is considered essential for building and maintaining social solidarity in complex societies. It is also associated with higher levels of resilience. Developing a strong network of solidarity also helps to improve the personal resources of homeless people.

This study investigated the impact of solidarity attitudes on the wellbeing of people who were homeless in Barcelona. The researchers conducted interviews with 20 people aged 35 to 70 who had been homeless in recent years. The interviews were conducted using a communitative methodology, allowing for egalitarian dialogue between researchers and participants. Participants discussed their experiences of being homeless, their perceptions of the importance of solidarity and the role of solidarity networks in their recovery. Participants credited their recovery to their solidarity networks and friends. They stressed that they needed more than just physical supplies. Moreover, participants stressed the importance of the solidarity attitudes of their mates on the streets. 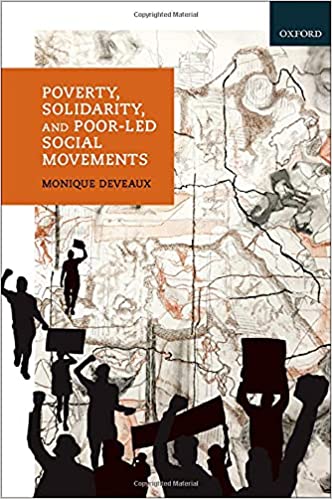 Creating solidarity among the poor is a vital part of building a prosperous community. It promotes community cohesion and encourages people to work together. It also reduces conflict and reduces tensions. It is a strategy that can be implemented by individuals, communities, and governments.

The importance of solidarity in global community development has been highlighted by recent global events. A major example is the H1N1 pandemic, which demonstrated the importance of solidarity. The H1N1 virus proved that the world needed to take preventative measures to protect itself against a virulent outbreak. This demonstrates the need for solidarity in communities, which can be demonstrated by building a community plan that includes an emergency shelter, community education programs, and other methods of preparing people for a pandemic.

While the concept of solidarity has existed since antiquity, the concept has taken many forms. It can refer to the idea of a preferential option for the poor, as in the case of the woman who dropped a costly ointment on Jesus’ head. It can also refer to a socially-constructed hierarchy between the poor and those who have more.

As the world changes, the role of solidarity among the poor has become more important. In the United States, nearly 40 million people live in poverty. Many people have come forward to help the poor. However, many of these donations are made only to gain more power or for ideological reasons. There are also donations made for future profits.

The ideal vision of a crisis response is one of mutual trust and solidarity. It is a good idea to explore ways to encourage the development of a solidarity economy. This is a strategy in which individuals and NGOs generate income through social enterprises. It enhances individuals’ wellbeing and enhances the economy of the community. It should be encouraged by policymakers, who may want to consider policies to support the development of this strategy.

Another example is the COVID-19 pandemic, which has exposed the deepening inequality in Asian cities. This pandemic has affected millions of people and has exacerbated poverty and housing crises. This is particularly true in major cities, where people are taking the brunt of the disease.

Aside from being a major concern in many countries, global climate change is also having a major impact on the planet. The effects will be felt first in poor countries. This means that governments must address climate change issues as well as poverty. In order to effectively respond to these problems, city governments should explore policy options that promote the development of a solidarity economy.

One of the best ways to help the poor is to contact local officials and let them know about your concern. You can do this in person, by phone, or by email. You can also attend local events and volunteer. You can also create a social media page if you would like to spread the word about an issue. You can also lobby for legislation. 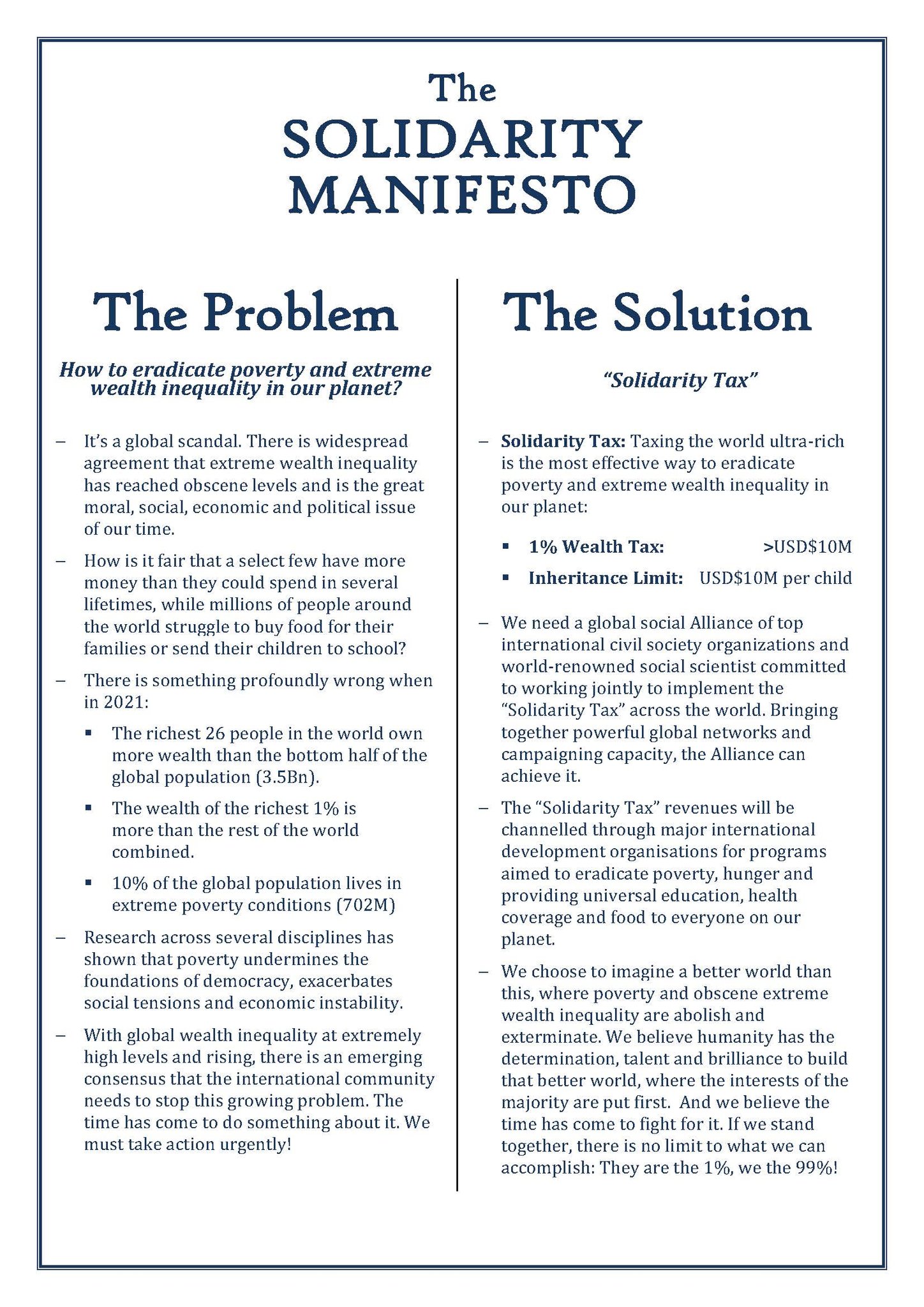 Among the most important issues in the realm of social inclusion is the question of how solidarity can most effectively alleviate poverty. For many years, the dominant development discourse has focused on global politics of poverty alleviation. However, it is important to recognize that there are some local factors that need to be addressed in order to expand the solidarity economy.

In many parts of the world, poverty is widespread. This fact makes the establishment of a solidarity economy difficult. However, it is important to recognize that it is possible to solve this problem with small acts of kindness. In fact, the existence of a solidarity economy enables the poor to create jobs and access basic resources.

In Brazil, solidarity economy is gradually gaining fans. The country is home to more than 20,000 enterprises operating in this model. Several governments are trying to shift the responsibility for poverty reduction from the public sector to the private sector. However, ensuring that village-centric solidarity is sustainable remains a daunting challenge.

The solidarity economy is a model of economic organization that relies on small groups of individuals working together. Unlike other economic models, solidarity economies do not rely on employers, but on small production groups that are self-managed. It is financed through microcredit and small loans. This model has been especially effective in reducing poverty in Brazil.

It is important to recognize that the capacity to incorporate solidarity into an economy lies in the scale of activities and the volume of resources. It is also important to recognize that the solidarity economy can function in marginality with respect to the market. This is true for units born precarious, in which there is no access to the exchange market, but it also applies to units born wealthier.

The most important question for researchers is how the solidarity economy can effectively alleviate poverty. One way is to increase donations. However, donations can have a number of different effects on recipients. Some donations are altruistic, while others are designed to promote ideological causes or future profits. There are also some recurrent donations and others that are designed to increase beneficiary capacities.

Another way to incorporate solidarity into an economy is to create relational networks. These networks offer direct benefits to members and indirect benefits to others. These networks can also provide financial resources. However, they also face challenges in operating in the global economy. It is important to recognize that they can be difficult to manage, and they may also have lower productivity than other forms of economic organization.

Chris Seay takes every chance to celebrate and share his love of God with all who will listen. His many talents and leadership qualities allow this storyteller, pastor, writer, musician, husband, father, and son to compellingly convey the story of the absolute love of Jesus, the Liberating King to the church and culture.